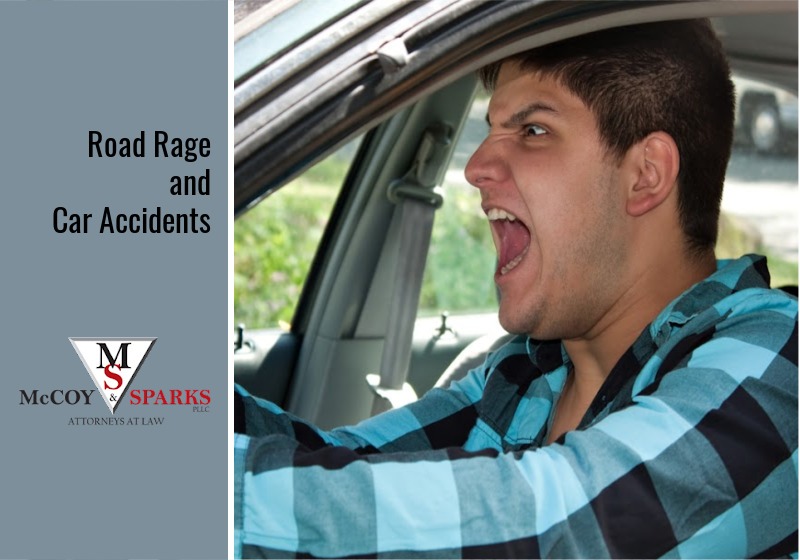 The National Highway Traffic Safety Administration (NHTSA) defines aggressive driving as something that happens when “ an individual commits a combination of moving traffic offenses so as to endanger other persons or property.”

Road rage is described as “the angry and violent behaviors at the extreme of the aggressive driving continuum” or when a driver “commits moving traffic offenses so as to endanger other persons or property; an assault with a motor vehicle or other dangerous weapon by the operator or passenger of one motor vehicle on the operator or passengers of another motor vehicle.”
Another way to differentiate between aggressive driving and road rage:

Most people in the Bluegrass State are genuinely kind and polite. In fact, the real estate company, Moveto.com states that Kentuckians are friendly to a fault and gushes about how everyone in the state is “selflessly kind, friendly, and helpful.” It may come as a surprise to also learn that a Gas Buddy study in 2017-2018 concluded that Kentucky has the 9th most aggressive drivers in the United States. (Just in case you are wondering — the top spot went to California.)

The list was compiled after a study noting the frequency of aggressive events in all 50 states while driving, such as speeding, hard braking, or accelerating. In Kentucky,  an aggressive driving event occurred every 9.1 minutes.

The Kentucky Transportation Cabinet Office of Highway Safety warns about these telltale signs of aggressive driving:

The Kentucky Office of Highway Safety reports that 31% of crashes in the Commonwealth involve a speeding or aggressive driver. This is why they launched the “Not So Fast, Kentucky” campaign that ran in the summer of 2021.

June 28, 2021: A road rage accident in Florence, KY led to one driver critically wounding the other by stabbing him with a broken beer bottle.

April 7, 2021: A man was charged with 2 counts of wanton endangerment after a road rage incident where he pointed a handgun at two people in another vehicle in Elizabethtown.

March 10, 2021: A road rage incident led to a shooting on Preston Highway near Louisville.

February 21, 2021: A crash attributed to road rage shut down both directions of KY-117 in Christian County.

October 09, 2020: A driver was shot and killed by another driver with a rifle in a road rage incident on I-75 in NKY.

September 30, 2020: After two vehicles collided in Hopkinsville, Ky, one driver got out and fired six shots, prompted by road rage.

July 17, 2020: After a road rage incident in Elsmere, NKY, one driver shot the other driver to death.

It is clear that aggressive driving can lead to motor vehicle crashes. It can also escalate to road rage, which can lead not only to crashes but also to other violence, such as shootings.

What should you do if someone is driving aggressively?

Considering the fact that aggressive driving and road rage is so common, you may find yourself involved in an accident caused by a driver whose impulsivity and short fuse prompted dangerous driving, intentional or not. If this is the case, you need an experienced auto accident lawyer on your side.

Trust us with your case. We’ll work tirelessly to get you the result you deserve.

We’re recognized as one of the area’s best law firms for over a decade and counting because McCoy & Sparks works to help people in trouble, representing thousands of clients in Central Kentucky with a focus on providing premium service and delivering superior results. Regardless of your situation, our goal is to develop a strategy that best serves your personal needs, drawing upon our skills to help you reach the best possible result.

Call 844-4KY-WINS or Contact Us online for a free consultation.