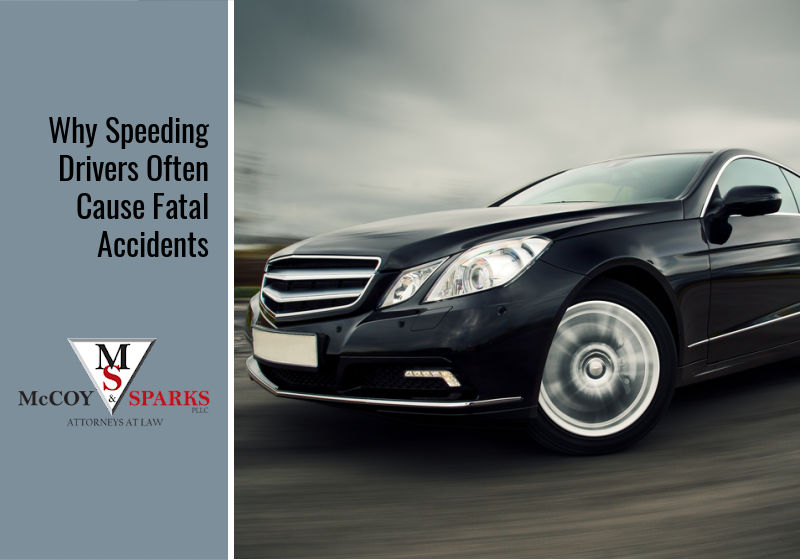 Drivers who speed have many reasons, but the thing they have in common is that they all believe that they are capable of handling their vehicles; they don’t set out to be involved in accidents. Unfortunately, they are wrong. Speeding is a huge problem, both in Kentucky and in the United States. The National Highway Traffic Safety Administration (NHTSA) reported 9,478 speed-related vehicle crash deaths in 2019. This was 26% of all traffic fatalities.

Kentucky statistics are just as bleak: in 2019, 76 people died as a result of 1,192 “unsafe speed” crashes. It’s important to remember that speeding involves more than just operating a motor vehicle faster than the posted speed limit. It also includes driving at a speed that, although technically within the limits, is unsafe for the conditions.

For example, a curved stretch of road may have a speed limit of 35 mph, but in slick or icy conditions, 35 mph is neither prudent nor safe. In fact, it is recommended that drivers should reduce their speed by ⅓ during wet driving conditions. That being said, Kentucky adds 37 more deaths to its 2019 total because of 4,188 crashes caused by driving “too fast for condition,” according to the 2019 Traffic Collision Facts reported by the Kentucky Traffic Safety Data Services.

Most drivers are aware that speeding is not only illegal, but also unsafe. Why do they do it, then? Here are several reasons:

Why is speeding so dangerous?

Speeding is dangerous, but it is also selfish because most accidents don’t happen in isolation: other people can be injured or killed. McCoy & Sparks law office has over 60 years of combined experience representing victims of speeding drivers. We know that the #1 cause of accidents is human error, and we work to obtain compensation for those who have been injured or who have lost loved ones in motor vehicle accidents.  In most accidents, we can help get you compensation for:

Here’s how it works: We start by getting to know you and understanding the circumstances involved in your situation. Next, we will explain all of your options, giving you the pros and cons of each choice so that you will be empowered to make informed decisions. Finally, we will help you negotiate a settlement from the insurance company of the speeding driver or provide a strong case for you in court. You owe us nothing unless we recover compensation for you.

NO FEE UNLESS YOU WIN