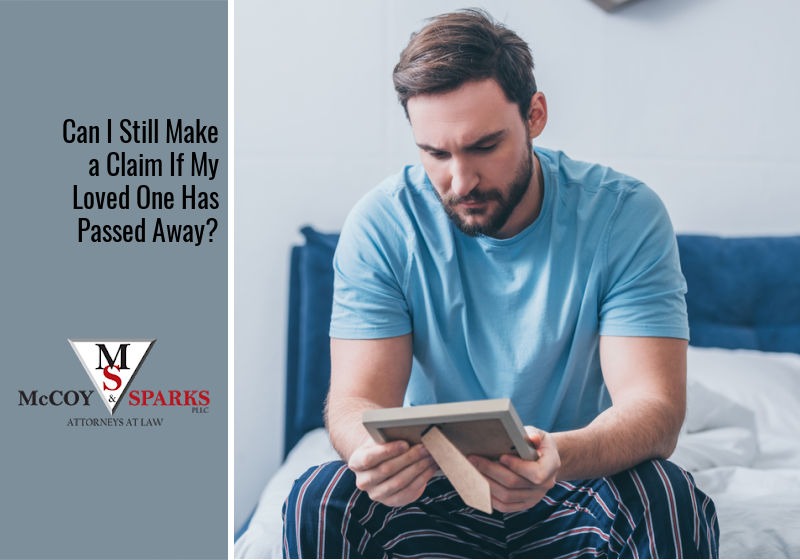 Summary: For up to one year following the loss of your loved one (and longer in many instances), you can file a wrongful death suit over the wrongful act of another party, whether it is intentional or unintentional. McCoy & Sparks has extensive experience with these type of cases. We’ll work with care and compassion to help you recover damages in the wake of unimaginable tragedy.

If you’ve lost a loved one to someone else’s negligence, nothing can replace having them in your life. There is no amount of money you would accept over having them back with you.

A wrongful death claim can’t erase the past, but it can give you a better future. It can also provide some sense of justice. Kentucky law states that wrongful death is “the death of a person that results from an injury inflicted by the negligence or wrongful act of another.” Only an authorized representative of the deceased can initiate legal action over the wrongful death.

Wrongful death claims often arise from car wrecks where a driver negligently or recklessly causes a collision. Sometimes, these claims also result from someone using a defective product.

You May be Able to File a Wrongful Death Claim

In terms of who can initiate a wrongful death lawsuit, these cases have their own set of rules. When someone is wrongfully killed, one representative has the right to assert wrongful death claims. Typically, this responsibility goes to the personal representative of the deceased’s estate – usually the court-appointed executor or administrator of the estate.

If you are the executor of your loved one’s estate, you can pursue a wrongful death claim within 1 year of their death. That time frame is extended, but usually only when a person’s estate is opened within one year of the date of death. In that instance, the statute of limitations is generally one year from the date the estate is opened. If you miss this window, you may lose your right to make a wrongful death claim forever.

The damages in a wrongful death claim may include:

Under Kentucky law, the surviving family members may receive damages in the following order:

For example, your attorney might speak with a vocational economist to place a market value on their earnings. This calculation could include social security income and an estimate of your loved one’s life expectancy, with everything adding up to a fair and reasonable future wage claim.

In other words, under the provisions of this law, you can’t assume that a person is suffering. For example, if someone was unaware of a dangerous presence behind them and the doctors say they died instantly, you would be unable to recover pain and suffering. However, this wouldn’t prevent you from collecting other damages, like lost wages.

One caveat to this law is that if your loved one’s death was intentional – like an assault – you are eligible to ask for punitive damages. These damages are intended to punish the wrongdoer.

The Quirks of Kentucky Law and Loss of Consortium

The other claim that arises in the event of a wrongful death is called loss of spousal consortium. Essentially, loss of consortium means that a spouse can recover for the loss of their spouse’s love and affection.  .

Just how much should you be compensated? It can be a challenge to determine what loss of consortium is worth, but it’s a loss that’s worth fighting for. Again, the reality is that no amount is enough. But the law can at least make sure that you are compensated in some form for the loss.

In a wrongful death trial, the jury hears the facts and makes an award. If the jurors feel compelled by the circumstances of your partner’s death, and they are made to understand the depth of the loss, the award could be quite high.

A child can also be awarded a consortium settlement, but in Kentucky, only until they’re 18 years old. Oddly enough, under the current law, this means if you have two children, a 16-year-old and a 19 -year-old, the 16-year-old could receive loss of consortium damages after the death of a parent. The 19-year-old would be entitled to his or her portion of the wrongful death proceeds but would not have an independent loss of parental consortium award.

Kentucky needs to fix these laws so that they are consistent and sensible.

McCoy & Sparks is Here to Help You

The time after the death of a loved one is filled with overwhelming grief, uncertainty, and struggle. You never planned for something so unimaginable.

We understand. We know there is no replacement for having your loved one back, but our goal is to ensure you are taken care of following their death. We also understand that you want justice after a family member has been wrongfully killed.

Our team of experienced attorneys at McCoy & Sparks will help you recover damages for your loved one’s death, help pay for their final expenses, and honor their legacy. If your loved one has been killed in a wrongful death incident, we’ll fight for fair compensation for you. We’ll treat you with respect and compassion in your time of grief.

We’re here to help. Contact us today for a free case evaluation, or call us at 1-844-4KY-WINS.

Regardless of the type of case, our goal is to develop a strategy that best serves your personal needs, then draw upon our courtroom skills to help you reach the best possible result. We start by getting to know you. Next, we will explain all your options, giving you the pros and cons of each choice so that you will be empowered to make informed decisions.

You owe us nothing unless we recover compensation for you. Make the right call to (844) 4KY-WINS for a risk-free consultation with one of our attorneys today.

The biggest part, typically, is pain and suffering, but Kentucky does have a rule that a plaintiff has to prove actual pain and suffering. You can’t assume that a person is suffering. If I walk up behind you and you’re unaware of my presence and I shoot you in the back of the head, and the doctors say she died instantly, well, you couldn’t recover. Under Kentucky law, you’re estate couldn’t recover pain and suffering because you didn’t have pain and suffering. You’d be limited to other elements of damage. Your lost wages. If it’s intentional, you can get what’s called punitive damages, which mean damages that are intended to punish the wrongdoer. But the conduct in order to recover punitive damages has to be more than mere negligence. Has to be reckless, grossly negligent or intentional.

And the other claim that arises in the event of a wrongful death is a what’s called loss of consortium. And Kentucky has only adopted these within the last 20 years, which means that your spouse can recover for their loss. A consortium is a fancy word for love and affection. The person can recover for the loss of their spouse’s love and affection. You, through your negligent act, deprive me of my loving relationship. You have to pay for that. That’s a loss that should be compensated, the tough one to figure out what that’s worth. Jury is just to hear the facts and award you, if they’re mad enough and they feel it was a special relationship, won’t be [inaudible 00:02:21]. There’s not enough money they can award.

There’s also some awards I’ve seen in other cases where they’ve been very small consortium awards. A child also has a consortium award, but oddly, in Kentucky, only until they’re 18. So if you have two children, one is a 16 year old, one’s a 19 year old, and their father is killed in a horrific accident, the 16 year old would be entitled to what’s called a loss of consortium claim. They lost their father while a minor. The 19 year old would not. That’s unfair. It makes no sense, but it is the rule.