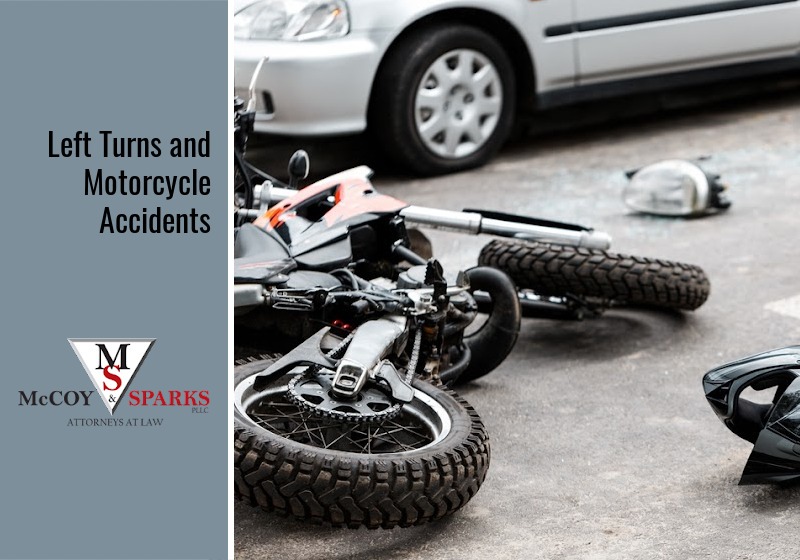 Along with all the power, freedom, and love of the open road experienced by motorcyclists, there also comes danger. Motorcyclists are more vulnerable than car occupants in accidents simply because they are not surrounded by metal and fiberglass frames, reinforced roofs, or airbags. Unfortunately, they are also at risk from other vehicle drivers’ mistakes.

Yes, motorcyclists are at risk of being rear-ended or sideswiped, but most of the danger comes from drivers making left turns into them. This frequently happens at intersections but can occur at any point where the driver turns left to cross traffic.

Why Does This Happen So Often?

A study published by Texas Tech University professor, Patricia Delucia suggests that smaller objects are perceived by the brain as being a further distance away than larger objects. This is usually true. However, it is not always true; sometimes smaller objects are just smaller. For example, motorcycles are smaller than cars.

Drivers considering making left turns experience a phenomenon where their brains seem to perceive motorcycles as being further away than they are. Delucia concluded that “The size-arrival effect potentially can lead drivers to misjudge when a vehicle would arrive at an intersection and is considered a contributing factor in motorcycle accidents.”

In other cases, drivers don’t see the motorcycle at all. The parts of the car’s frame that support the roof and hold the windshield in place (called A-pillars) have increased over the years to withstand collisions and hold airbags. This means that they have also increased blind spots, leaving pedestrians, cyclists, and motorcyclists at risk.

Distracted driving is also a problem. If a driver is talking to a passenger or glancing at a text, he or she can easily misjudge the distance of an oncoming motorcycle — or not see it at all.

September 6, 2021: A 34-year-old motorcyclist was killed in a collision with an SUV at the intersection of Richmond Road and Fontaine Road in Lexington.

August 11, 2021: An SUV and motorcycle collided at the intersection of Scottsville Road and Woodhurst Street in Bowling Green.

August 10, 2021: A 48-year-old motorcyclist was killed at the intersection of Kentucky 54 West and Hawsville Road when a delivery truck turned in front of his motorcycle.

August 2, 2021: A motorcyclist died on Fern Valley Road in Louisville after striking a Ford Escape making an opposing left turn.

If you are a driver concerned about safe driving around motorcyclists, read the following tips:

If you are a motorcyclist concerned about your risk around other drivers, read the following tips:

Call 844-4KY-WINS or Contact Us online for a free consultation.