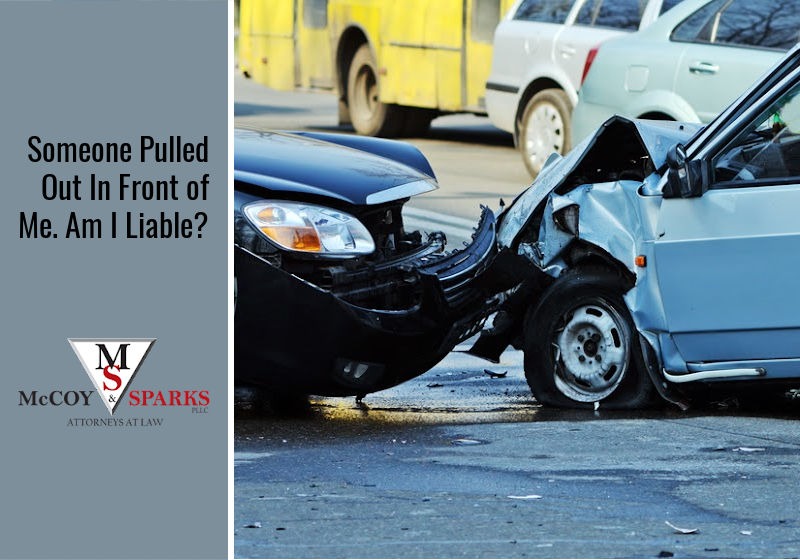 Experiencing a car accident can be a disorienting and confusing experience. The confusion is even greater when you’re unsure who’s at fault. One type of vehicular accident that often raises questions of liability is when someone pulls out in front of an oncoming car, resulting in a wreck. A common narrative is that the driver who hits a car is to blame, but if a person suddenly pulled out in front of another, there may be little to no time to react.

Accidents involving a vehicle pulling out in front of another driver are often complex, so you need expert legal support to help you prove the other driver was at fault.

When driving on the road without being hindered by signage to stop, such as a red light or stop sign, you have the right away. So why might someone pull out in front of you and cause a wreck?

If someone failed to follow road signage, they could turn into your lane unexpectedly. They could also drive in front of your vehicle perpendicularly, which is the case if they run straight through a red light or stop sign, resulting in a wreck. Additionally, they could fail to yield when turning or merging, resulting in their vehicle entering your lane unexpectedly. They could also turn into traffic from a parking lot or driveway.

The reason why someone may drive dangerously and pull out in front of you could have different underlying causes, such as distracted driving, limited vision, driving while impaired, or simply failing to properly anticipate your distance. But if they gave you little time to react, it’s clear that they operated their vehicle negligently. Even if it appears the person was at-fault for the accident, they still need to be declared liable.

There are different steps in the process of determining who is at fault for an accident. The first deciding factor for who will be held liable after a wreck is determined by the police. After a wreck, police officers will investigate the scene and collect witness accounts. They will then write an accident report based on their findings. The accident report plays a significant role in proving fault, but the police don’t have the final say in determining liability.

After the police complete their accident report, insurance companies and lawyers may conduct their own investigations and gather proof for who was liable for the wreck.

If you’re dissatisfied with an insurance company’s evaluation of the accident, you can take them to court to prove that you’re not liable. From here, juries and judges determine the outcome and who is at fault.

The police, insurance companies, and the court system determine liability based on the evident order of events that occurred. The different factors that caused the wreck determine who will be found at fault. If the person who pulled out in front of you broke the law when doing so, that is indicative that they bear partial or full responsibility for the wreck. Additionally, if they pulled out in front of you with little time to react, that is also evidence of negligent driving.

Kentucky is a pure comparative negligence state. Comparative negligence means that the damages you can collect from the other driver are determined by your degree of fault in the wreck. For example, if someone fails to yield and you rear-end them, they could be held 80% liable for the wreck while you could bear 20% if you were speeding.

Proving fault when another driver pulled out in front of you can be challenging. You need legal experts at your side to prove your case. Here at McCoy & Sparks Law Offices, we’ll work with you and review your case to come up with the best legal strategy moving forward. We’ll conduct our own investigation into the incident so that we can maximize the amount you’ll receive in compensation for vehicle damages, personal injuries, and lost wages. Call our office at 1-844-4KY-WINS (1-844-459-9467) or get a free consultation by clicking here.