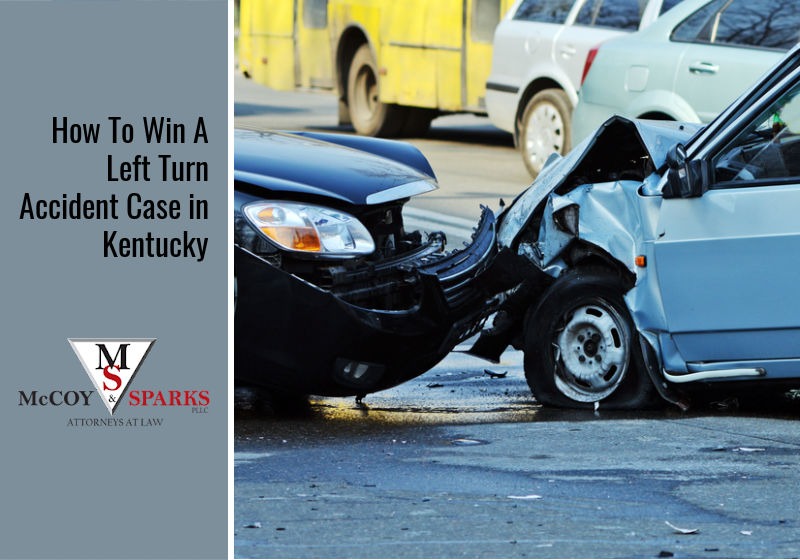 Most people don’t like making left turns, especially when there is a lot of oncoming traffic and impatient drivers are lined up behind honking their horns. Sometimes a break in the oncoming traffic is not quite as long as it looks. Sometimes the speed of oncoming cars is underestimated. In intersections, there is always the chance of an oncoming car driving through a red light and t-boning the driver turning left.  Many people are aware of the fact that UPS drivers avoid left turns 90% of the time, partly to save fuel and delays, but also for safety considerations. Let’s face it: left turns are risky.

Why are left hand turns so dangerous?

Which driver has the right of way in Kentucky left turns?

It all boils down to who has the right of way. If you make a left turn, you are responsible for yielding the right of way to any oncoming traffic. This includes bicyclists, motorcyclists, and pedestrians.

If you have the right of way at an intersection (for instance, with a green arrow), the driver of the other car may be at fault in an accident if a red light or stop sign is ignored or if that driver was speeding, under the influence, or driving unsafely.

If you have been involved in a left turn accident in Kentucky, seek the advice of experienced attorneys, like those at McCoy & Sparks to help you navigate insurance claims so that you can be fairly compensated.

Kentucky is a no-fault state as it relates to the first $10,000 of medical bills and lost wages. This means that those items are paid by the insurance attached to the car that you are riding in. All other claims depend upon a finding a fault against another person.

The Kentucky statute of limitations for most injuries is one year, but there are many exceptions (for more information, please refer to our article on this). Motor vehicle accidents make up the majority of personal injury claims and as such have their own specific statuteknown as the Motor Vehicle Reparations Act. This statute allows for a two-year timeline that begins two years from the date of the last personal injury protection (PIP) payment, or two years from the injury date if no PIP payments are made.