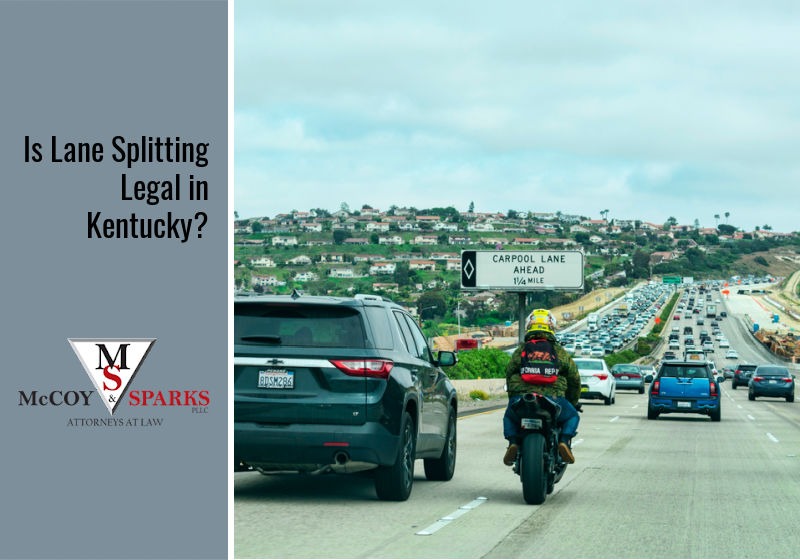 For many, riding a motorcycle is highly enjoyable and preferable to other modes of transportation. Some even pick up motorcycle riding as a hobby by joining motorcycle enthusiast groups and partaking in social rides. There are even many benefits to riding a motorcycle, such as saving on gas, finding easier parking, and maneuvering through traffic more easily.

Unfortunately, motorcycles are one of the most dangerous modes of transport. Motorcyclists are nearly 29 times more likely than occupants of passenger vehicles to die in an accident. In 2019 alone, over 5,000 motorcyclists were killed. Despite state safety laws and regulations surrounding motorcycle use, fatal motorcycle crashes continue to be a common and unfortunate occurrence.

One common cause of these accidents that there is much debate over, is lane splitting. The legalities surrounding lane splitting can be complicated, as the rules and laws can vary from state to state. If you are injured in a lane-splitting accident while riding your motorcycle, your best option is to work with an experienced motorcycle accident attorney who can fight for your rights.

What is Lane Splitting?

One benefit of riding a motorcycle is that it’s easier to maneuver through traffic, especially through traffic jams on the highway due to its smaller profile. Lane splitting is when a motorcycle drives alongside other vehicles in between lanes. Typically, motorcyclists do this when traffic is at a stop or moving slowly. Lane splitting allows them to pass all of the slower-moving traffic by driving in between the cars in their lanes to reach their destination more quickly.

While some see this practice as perfectly harmless and even beneficial by helping to reduce traffic congestion and keeping motorcyclists safer from being hit by tailing vehicles, others think it is unfair and dangerous. Those that do not approve of lane splitting and feel it is unfair can sometimes act aggressively when a motorcyclist tries to pass them, doing such things as opening their car door or moving over to keep the motorcyclist from passing.

The legalities surrounding lane-splitting vary from state to state. Most states do not explicitly state lane splitting as legal, except in California. Other states are considering adding the term to their laws and making it legal. In Kentucky, however, there is no specific mention of lane splitting in the state’s motorcycle laws. This means the act of lane splitting is neither explicitly legal or illegal. So when an accident occurs due to lane splitting, how it is handled may depend on the officer that arrives at the scene.

Though lane splitting is not explicitly mentioned in Kentucky’s state motorcycle laws, they do mention lane sharing rules, which are as follows:

“Cars and motorcycles need a full lane to operate safely. Lane sharing is usually prohibited. Riding between rows of stopped or moving cars in the same lane can leave you vulnerable to the unexpected. A hand could come out of a window; a door could open; a car could turn suddenly. Discourage lane sharing by others. Keep a left portion position whenever drivers might be tempted to squeeze by you. Drivers are most tempted to do this:

What Injuries Can Occur Following a Lane-Splitting Accident?

Depending on the circumstances of the accident, injuries that can occur after a motorcycle crashes from lane splitting can vary. However, as motorcyclists are more exposed, the injuries they sustain tend to be more severe and even fatal when involved in an accident.

Injuries that can occur from lane splitting include:

Because there are no specific rules on lane splitting in Kentucky, it can be tough to prove fault. There are many factors that can play a role in how a personal injury case involving a lane-splitting motorcycle accident plays out. For this reason, it is often necessary for injured motorcyclists to hire a lawyer to defend them and win them the compensation they deserve.

If you or a loved one are injured in a motorcycle accident, our team of personal injury experts can help. Unfortunately, due to the unclear laws concerning lane splitting, it can be challenging to get the compensation you deserve without professional legal counseling.

Recognized as one of Central Kentucky’s best law firms for over a decade, McCoy & Sparks works to help people in trouble, representing thousands of clients in Central Kentucky with a focus on providing premium service and delivering superior results.

Regardless of the type of case, our goal is to develop a strategy that best serves your personal needs, then draw upon our courtroom skills to help you reach the best possible result. We start by getting to know you. Next, we will explain all of your options, giving you the pros and cons of each choice so that you will be empowered to make informed decisions.

You owe us nothing unless we recover compensation for you. Make the right call to (844) 4KY-WINS for a risk-free consultation with one of our attorneys today.